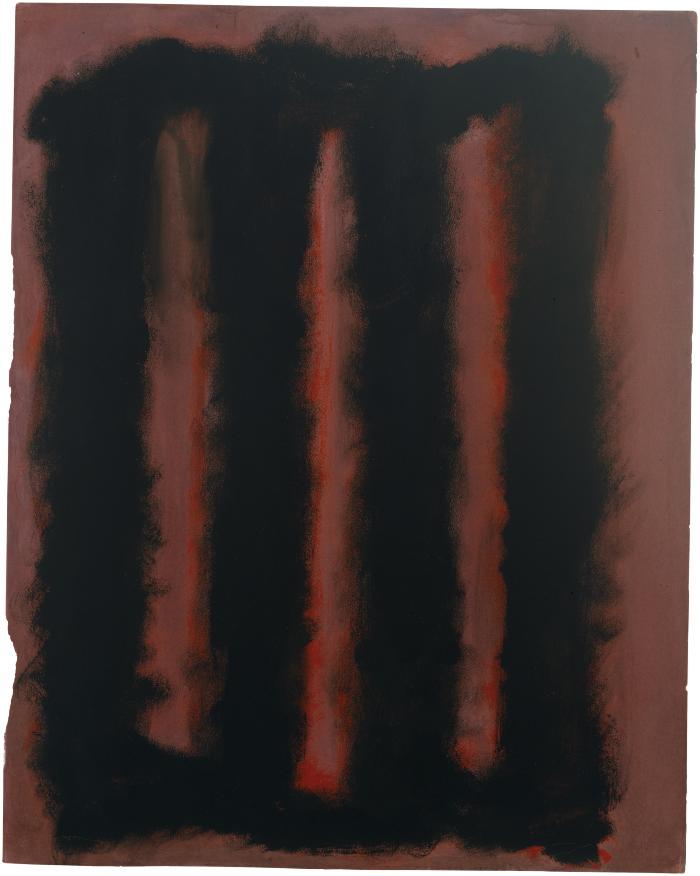 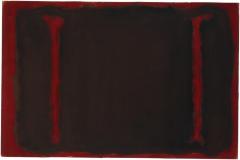 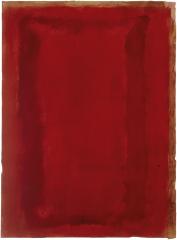 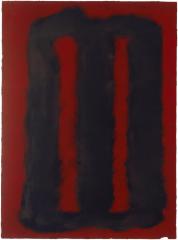 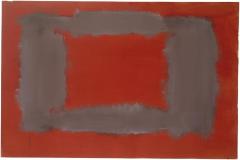 In June 1958, Rothko accepted a commission to paint a series of canvases for the Four Seasons restaurant in the Seagram Building, New York, the skyscraper designed by Ludwig Mies van der Rohe and Philip Johnson and completed that year. In 1958 and 1959 Rothko painted about thirty large-scale canvases for the project, of which seven would likely have been installed had he not abandoned the project in 1959. Rothko also made six small studies—three in crayon and three in a water-based medium, likely poster paint—and five larger paintings on paper, of which this is one, that relate to the Seagram canvases (see Related Works on Paper). The smaller works on paper were almost certainly made prior to the works on canvas [Dore Ashton, About Rothko (New York, 1983), 153] and explore a frieze-like scheme of architectonic forms suggestive of the framed portals that eventually manifested in the canvases. The larger paintings on paper were almost certainly produced following the smaller works on paper, likely before or in tandem with large-scale “sketches” on canvas for the Seagram cycle.

The design of the current work, with its vertical screen of feathery black bars on a red background, relates generally to Seagram mural sketches painted on canvas in late 1958 (e.g., fig. 1). The subdued maroon palette of the canvas suggests that this and the other related works on paper might best be understood as constituting an exploratory phase of the mural work rather than one-to-one preparatory studies for the canvases themselves. 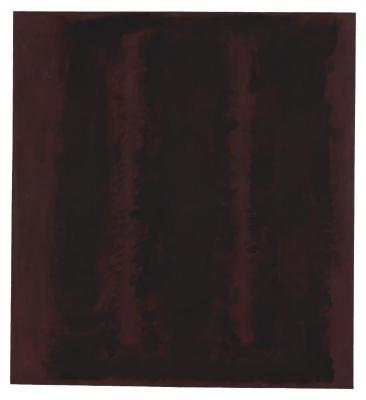