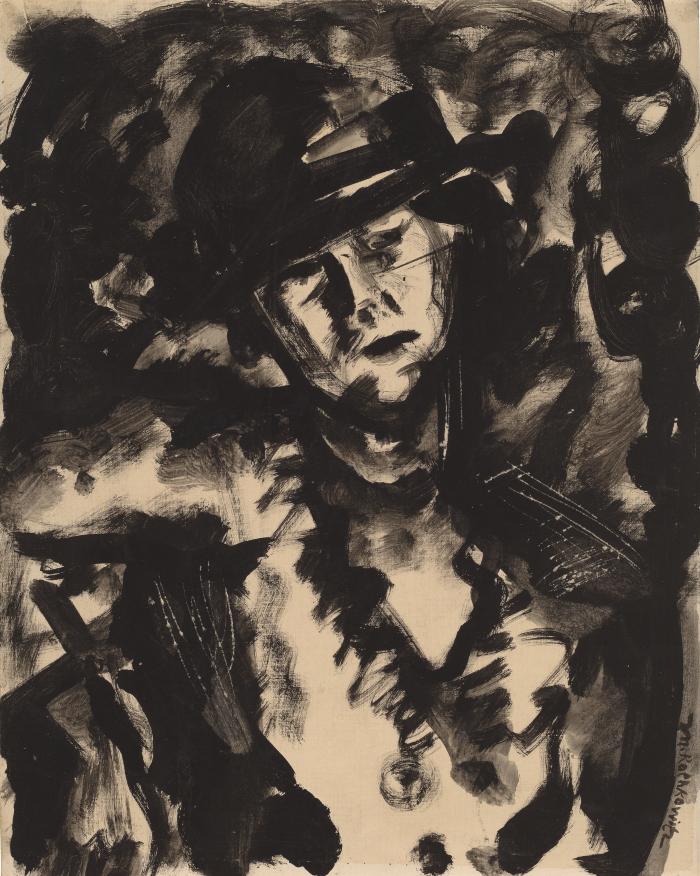 Signed and at one time matted (the original mat was inscribed on the verso “#7 M Rothkowitz $15”), this watercolor was likely exhibited during Rothko’s lifetime. It might have been displayed during the summer of 1933 in Drawings and Water Colors by M. Rothkowitz at the Museum of Art, Portland, Oregon. No checklist exists for this show, but a review evokes this and similar works in praising a selection of “spontaneously conceived and executed . . . rich and velvety” black watercolors, noting that they were made with show card (an affordable paint generally used for commercial signs) on “sheets from a 10 cent tablet of linen writing paper” [Catherine Jones, “Noted One-Man Show Artist One-Time Portland Resident,” Sunday Oregonian, July 30, 1933]. Although the checklist of Rothko’s first one-man show—at Contemporary Arts in New York in November 1933—does not include a title that fits this drawing’s subject precisely, it is possible that it could have been shown as “no. 25, Young Girl.” The signature on this work closely resembles those on [Head of a man wearing eyeglasses] and [Woman combing her hair], pointing to the possibility of synchronous execution.